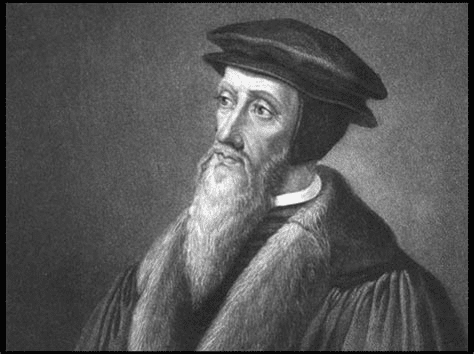 Transcript: Greetings everyone. Today we’re going to discuss predestination versus free will. Predestination is a doctrine codified by John Calvin. He says that God predestined some people to be saved and others not. The basic premise is that man has no say in the matter that God predetermined Salvation from eternity. Conversely, free will says that man may freely choose to believe or not. Predestination is argued primarily from logic and presumptions about God’s nature and the extent of his abilities. This typically begins with God’s omniscience. Calvin’s basic argument goes something like this because God is omniscient knows everything past, present, and future. He predetermines every event. His omniscience demands that he predetermined everything.

[Please purchase: The book represented by the image above]

Conversely, free will says that although God is omniscient, he does not need to predetermine everything to be omniscient. Because he’s omniscient, he can allow random variables, yet he always knows all outcomes. For example, he establishes physical systems that are affected by many variables written into the program, so to speak. And he need not micromanage every event but allows them to take their course. Still, he knows all possible outcomes. Now these are logical philosophical arguments not arguments from Scripture.

Let’s have a look at what the Bible says. Scripture mentions predestinate four times. You’ll find that in Romans chapter 8, verses 29 and 30, and Ephesians one, five, and chapter one, verse eleven. Let’s begin with Romans eight, verse 29. It reads as follows,

29 For whom he did foreknow, he also did predestinate to be conformed to the image of his sonne, that hee might bee the first borne amongst many brethren.

The first question that verse 29 begs is whom did he foreknow? Both predestination and free will insist that God has foreknowledge of all things. But is the verse saying that God had foreknowledge of those who would accept Salvation in Christ and those who would not? Surely he knew both from eternity. If this is the correct understanding, then it would align with what we might call free will Verses like two Peter, three nine, Revelation, chapter three, verse 20, Genesis, chapter two, verses 16 and 17, one Timothy, chapter two, verse four, and Romans 10:13? These all teach that whosoever calls upon the name of the Lord will be saved. And Jesus desires that all persons should be saved not that all will be. The next phrase of verse 29 is tied to the first phrase. Together they read:

For whom he did foreknow, he also did predestinate to be conformed to the image of his sonne

Thus, to correlate this with free will verses, God’s foreknowledge would have to be unto those he knew would accept Salvation not that he didn’t know who wouldn’t. And upon their acceptance of Salvation, God predestined them to be conformed to his image. Furthermore, if we correctly understand Salvation and confirmation, first a person is saved, then they are conformed, and confirmation is a process completed at the resurrection.

This agrees with Revelation three, verse 20, which reads

Behold, I stand at the doore, and knocke: if any man heare my voyce, and open the doore, I will come in to him, and will sup with him, and he with me.

Surely if God means what Scripture says, then he would call all unto Salvation or knock at everyone’s door. But of course not all open the door and accept Christ. And this agrees with 1st Timothy, chapter two, verse four, which States of God, who will have all men to be saved, not some men, but all. Thus if all are called and only some accept, then those who accept would be destined to be conformed and therefore justified, justification being by faith, as Titus declares, not by works of righteousness which we have done Titus, chapter three, verse five.

Thus in Romans Paul is careful never to equate God predestining Salvation for some and not others. Predestination is unto confirmation, calling and justification. Salvation precedes those things, and all who call upon the name of the Lord shall be saved. And upon accepting Salvation the process of confirmation begins, to which God predestines the saved, and all who accept Christ’s free gift of Salvation are destined to be conformed and called unto confirmation, and therefore justified by faith. Thus the Salvation call is unto all men and not limited to a select few, while confirmation, calling and justification is only unto the saved. Next let us examine Ephesians, chapter one, verses four and five and eleven. The verses read as follows,

According as he hath chosen vs in him, before the foundation of the world, that wee should bee holy, and without blame before him in loue:

5 Hauing predestinated vs vnto the adoption of children by Iesus Christ to himselfe, according to the good pleasure of his will:

In whom also we haue obteined an inheritance, being predestinated according to the purpose of him who worketh all things after the counsell of his owne will:

Verse four says that God has chosen believers to be Holy. He did this before the foundation of the world, meaning that all who opened the door upon which Christ knocks were chosen not for Salvation. The text does not say that, but called to be Holy. Conversely, the unsaved are not called to be Holy. The calling to Holiness comes after Salvation, not before. If Holiness was a precondition of Salvation, we would not have Salvation by faith and faith alone.

God saves sinners in their desperate state of sin. After Salvation comes Holiness and righteousness to which all true believers are predestined. Verse five says that we are

…predestinated vs vnto the adoption of children by Iesus Christ.

Who is the we and what is the adoption? We may refer to all believers in Jesus Christ. If so, then we who are saved are predestined to be adopted as children. Not that adoption is necessarily equated with Salvation for some while others are excluded from eternity.

The verse does not speak of Salvation but of adoption. Thus, if we re-examine previously cited free will verses and correlate Ephesians chapter one, verse five with them adoption is a product of Salvation, not Salvation itself. Adoption is a promise God made from eternity to all who would believe those who open the door when Christ knocks and all who call upon the Name of the Lord will be saved and by Salvation they are adopted into the Commonwealth of Israel or the Commonwealth of Believers. Verse eleven says, in whom we have obtained an inheritance being predestined according to the purpose of Him who worked at all things after the Council of his own will. This begs the question, what have we obtained or what is the inheritance Paul speaks of and what is God’s purpose that we have been predestined unto?

The inheritance is Jesus Christ. We inherit his eternal Kingdom through faith in Him and upon being saved we are predestined according to his purpose. That purpose is unto Godliness and righteousness. Again, Godliness and righteousness do not precede Salvation, they are the fruits of Salvation. Thus, those who accept the free gift of Salvation are predestined to be conformed to the image of Christ and to bear fruit according to God’s purpose. Again, Paul is careful to not equate inheritance and predestination with Salvation.

In conclusion, the main problem with Calvin’s idea of predestination is he set Scripture against itself proper interpretation or exegesis harmonizes Scripture. The witnesses must agree if this was done, there would not have been division between those who gravitate to free will and those who gravitate to predestination as the Scripture does not disagree with itself. Thus we understand what Paul means by the word predestiny by correlating relevant Scriptures which I have just done. Take the time to study these verses and ask God through the power of the Holy Ghost, to empower your mind and Spirit to know the truth of Scripture. To understand difficult verses in the pale of Scripture in the entirety of Scripture. Bless you. Thank you for listening.