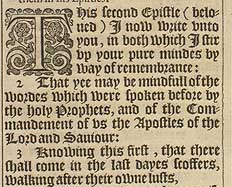 See the original 1611 Flip Book bible by individual books. Very useful for comparing the original text. These are scans of the actual original 1611 bible. To check if you are viewing the original verify the Song of Solomon 2:7 reads until “She” please. (note he) This is the Oxford roman font bible scan in Flip Book. Please download all of these resources if you prefer.

I like to put things in to writing sometimes so I can clarify my thoughts and insights as time progresses in my research. This particular subject to me is now becoming very fundamental and foundational. I might term it cut and dried but to most it is either controversy, confusing or irrelevant. They are completely ignorant. (as I was for so very long) Why? Because all this talk of translations, the mark of the beast, the correct Greek terms is all a distraction to discredit or lead people away from reading the 1611 bible. There are many reasons people will not even consider the 1611 original translation. Some of the reasons people cite is the difficultly understanding the flow of the language and comprehending the many words that we no longer use in our common vocabulary. That ignorance becomes an automatic barrier in peoples minds. Consider the so called KJV. It is also hard to understand as we also do not use the language anymore. However the KJV bible is widely accepted and onliests vehemently and sometimes fanatically insist it it the Word of God and is the singular text to use. Is this true? Did the KJV come from the 1611 translation which was the the only version to be authorized by anyone calling themselves King James? How has the bible we know as the KJV been altered from the 1611 and why do many people believe their KJV is the original authorized version?

Reading a reply to a comment from the producer of Lamp in the dark movie series after being asked why do KJV readers ignore the fact that it was heavily edited in 1769 the answer simply was that users do not actually know this and somehow believe it is authorized. They assume (as I did for a short period of time until I compared the texts personally) it is the original 1611 text with updated wording and spelling. However if you make an objective comparison you will see the contrary evidence which is undeniable. Here lay the conundrum. People will not do the basic leg work to compare the texts side by side. (There are books that table this information too) In a comment I read in reference to another presentation the individual said why compare the text of bibles to each other? We should be comparing the Greek or the Hebrew to the text. However are the Lexicons accurate? Can we trust them and are we trained and fluent in Koine Greek and Hebrew? Do we know the Greek/Hebrew we are comparing originates from the correct manuscripts online or in the book we purchased? If we do have the correct Textus Receptus and Hebrew Manuscripts can we ourselves trust our ability to translate it to English competently? Can we translate one or two words here and there without knowing all of the original text as whole?

The 47 translators of 1604 appointed by King James spoke together in these ancient languages much like we speak in our native tongues. They were already the best in the Kingdom and believers in Christ who were accountable to each other (used previous translations) and checked their work many times over a period of 7 years. Are we saying we can achieve the level of competence of these 47+ men? Do we actually believe we are more capable than all of the work and resources deployed in this 1604 endeavour? Do you think this is beginning to sound ridiculous?

In another comment I read one man had the audacity to say we rely on the 1611 or other translations because we’re are too lazy to translate it ourselves from these original tongues! I barely believed my eyes. Again the arrogance echoes one such creature who rebelled against God does it not? Have we read Genesis chapter 3 where Lucifer tells the woman she and her husband will be like Gods? Imagine that pride and deception?

I am not meaning to make this an oversimplified apology but just my fundamental logical thoughts after being convicted by the Holy Ghost that the words I read from the 1611 bible were God’s true words in English. I objectively learned who and where influenced the creation of the so called KJV and the modern translations and joined the dots my forefathers already established with their own blood being persecuted by this person and place.

It is common knowledge from history that the Jesuits attempted to assassinate Kings James in 1605 one year after the translation of the 1611 began. Some sources say this was because the King was persecuting Catholics at the time as portrayed by Jesuit controlled Hollywood. This must be a red flag because you cannot surely trust such media as fact? Subsequently Jesuits had counterfeit 1611 bibles ready to go. (I have a copy) Why would they go to this much trouble and effort and expend such resources to remove the King and replace the 1611 bible? History will speak to this again. The 1611 bible literally changed the world and wounded the beast in Revelation as part of the culmination of the reformation. Now English speaking believers had a bible that clearly affirmed the Anti-Christ’s identity and location as taught by all of the church fathers for more than a millennia. There was an English text the common man could hear and read first hand without relying on a priest that mostly spoke in Latin and acted as the middle man of interpretation. Some might argue they already had the Geneva bible created in that city because of persecution of believers. Indeed the translators had the Geneva bible and others to cross reference their work. The 1611 was the crowning translation of all of these excellent texts that came before.

You have to ask yourself again why is there so much opposition to the 1611 translation? Why did the another apparently older and better source of the scriptures suddenly appear from no-where in the 19th century? Why do modern bibles change or omit verses and words which water down the strength of who Jesus is? Why have churches joined with the governments greatly influenced (or controlled) by Rome where they would normally (for 1800+ years) protest against their machinations? The reason is clear. They lost sight of who the anti Christ was because of these translations and Jesuit futurist influence on the very church that nearly ended Romes death grip on western civilization. These wolves effectively infiltrated the church and set about diligently changing bible translations to bring more confusion in to the church as a whole and make it easier for church leaders to submit themselves to authorities rather than he Word of God itself because the Word they thought they had was altered by their enemy. The counter reformation succeeded with flying colors and indeed it still does until today!

None of this very basic doctrine is ever taught in so called congregations as it was since the church began 2000 years ago. Leaders (if you can call them that – unless you consider a Judas goat a leader) claim to hear God but push the Anti-Christ off in to the future and proclaim that believers will get raptured out of the suffering/tribulation before it begins so do not worry about that ancient thinking as it is now irrelevant! Tell that to the many millions of believers murdered and tortured. They would have labelled such messages as heresy and rightfully so. Reformers and the translators of the 1611 King James Authorized Bible would have opposed such thinking before it ever had a chance to make a foothold in churches.

Unfortunately this is now common and the accepted teaching in 99% of the mega churches around the world. The Judas Goats leading vast amounts of believers are secretly or overtly joined to Rome and proud of it. After all their significant wealth and ongoing income relies upon this lie wrapped in the deception termed unity. You could look in to this and I personally have however these things can be a distraction. My personal advice is to grab a copy of the real 1611 bible (Hendrickson is a good start) and read it. Obtain a good comparison book (or request the PDF) Or just stay ignorant. Smile and tell yourself everything is going to be OK and I will keep reading my translation thank you very much and you are nuts. Why should I bother to look in to your so called insights? My pastor is awesome and would never lie to me!

Well if the most advanced and perfect people that ever existed were tricked by the serpent so can all of us! Think about that.

3But of the fruit of the tree, which is in the midst of the garden, God hath said, Ye shal not eate of it, neither shall ye touch it, lest ye die.

4And the Serpent said vnto the woman, Ye shall not surely die. 5 For God doeth know, that in the day ye eate thereof, then your eyes shalbee opened: and yee shall bee as Gods, knowing good and euill. (Genesis Chapter 3)

“Few have actually read the authentic 1611 Authorized King James Bible (1611 AKJB). However many think they have because they’ve read the King James Version (KJV). And fewer still have carefully compared the 1611 AKJB and the KJV. In this book I will explain some of the critical differences between the two Bibles, both bearing the name of King James, but only one legitimately.”

“From there I’ll talk about Bible lineages, history and scholarly deception that has spawned an incredibly lucrative commercial monstrosity, of which Christian publishers, media, academia and the institutional church, are cogs in its machinery.” 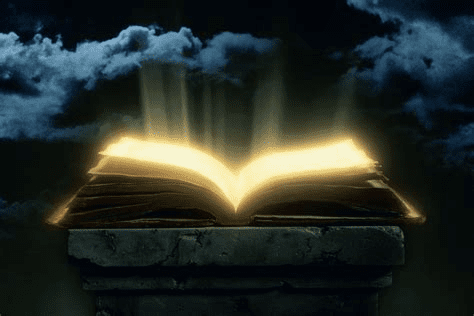