These are just some very basic notes about the man behind the bible known as the KJV. I may add to it as I learn more. His revision was published in 1769 and never authorised by any authority of any kind other than the publisher.

Benjamin Blayney was an Episcopalian. They are a hybrid church with Roman Catholic ties so in other words not really protestant and not really catholic. Who was Dr Benjamin Blayney? Well, he is the villain behind the KJV and all of the many changes made in it. If you examine the current church website of this denomination you will see the following –

The Bible – The Episcopal Church

All of the bibles above are Vatican in origin and the King James which they say is their historic bible is most likely the Blayney butchering which people still delude themselves in to believing is just a correction of the 1611 translation. A very quick viewing of the website makes is obvious they are a hybrid of Catholicism which is mystery Babylon without dispute with the above bibles being endorsed as the word of God which is a fundamentally false statement and is all the evidence required. However, the church is not unique at all, so I am not desiring to insult but just state attempt to state verifiable facts.

I note as confirmed by John Doerr he became a professor post 1769 the date of the revision which in itself is false because when you compare the changes, they have nothing to do with spelling but doctrine and corrupting what the 1611 accurately translated over 7 years and 47 men all of which would have probably embarrassed him in their “knowledge” considering he is one man and not qualified in Hebrew at the time.

“In 1769 Dr. Benjamin Blayney completed his revision of the King James Bible and using Dr. Samuel Johnson’s first edition 1755 printing of the Johnson Dictionary, the English language “came of age.” Spelling, punctuation, and grammar became standardized, making it possible to teach succeeding generations the fledgling languages’ establishment as an excellent spoken and written language in the world of communication, commerce, and education.”

Let’s just look at that statement. As already stated, at the time this doctor was not qualified in Hebrew or Greek and obtained his formal qualifications afterwards. He used Samuel Johnsons dictionary as stated above Johnson was a Jacobean who wanted reinstatement of catholic kings… That is no problem, is it? Later on, Blayney used the Septuagint which is Roman Catholic and not the manuscripts used by Protestants. (If that statement could be any more obvious)

According to the Wickedpedia, Blayney was educated at Oxford, took a master’s degree in 1753, and became fellow and vice-principal of Hertford College in 1768. He was employed by the Clarendon Press to prepare a corrected edition of the King James Version of the Bible. This appeared in 1769, but most of it was destroyed by fire in the Bible warehouse, Paternoster Row, London. Blayney then studied Hebrew; he received the degree of D.D., was appointed regius professor of Hebrew in 1787, and was made canon of Christ Church, Oxford.[1]


After his correction? That seems unusual.

but most of it was destroyed by fire

Context: The 1611 Authorised King James Bible was probably the greatest works of the century if not history however Claredon press decided that a single unqualified man was the best to correct the mistakes in private with all the notes destroyed in a fire it seems? However, I was not there so I cannot confidently state that conspiracy as a fact but the idea of a single man doing it all seems beyond ridiculous. However, I can read the 1611 text for myself and see it all in black and white. (Which I have done, and I am not the most intelligent individual and nor should I have to be)

Now if you look at the biblemuseum.com you will see: “Two committees would work at Oxford, two at Cambridge, and two in Westminister, and each committee was assigned books of the Bible to translate. The scholars were proficient in Hebrew and Greek, and used the Massoretic text of the Complutensian Polyglot (1514-1517) for the Old Testament. For the New Testament they used the Textus Receptus published by Estienne, Beza, and Stephanus from 1550 onward. Technically, they were not supposed to create a new English translation, “but make a good one better, or out of many good ones one principle good one.” Therefore, they not only looked at the Greek, Hebrew, and Latin, but carefully consulted prior English translations, especially the Geneva and Tyndale.”

This gives more context and scratches the surface of the importance of the project in 1604. It shows with very little research and common sense that such an undertaking in 1769 was nothing short of impossible if the original languages were consulted from the same manuscripts used between 1604-1611 which is the only way such major corrections that go far beyond spelling could be justified.

These are just very basic notes, and I am sure would offend many that love the KJV, especially who make a handsome living from it. There is a very fundamental agenda, and this has become a major cog the mechanism called the modern church. The goal is simple and has been achieved by in large. Corrupt the word of God and all else will fall into place.

If you look at the title picture you will see the pure travesty of the fraud perpetrated by Oxford and Blayney which is well documented on this site. However, King James was dead for 144 years so which Majesty do they speak of? Perhaps the King of Babylon. At least then the statement would be true. 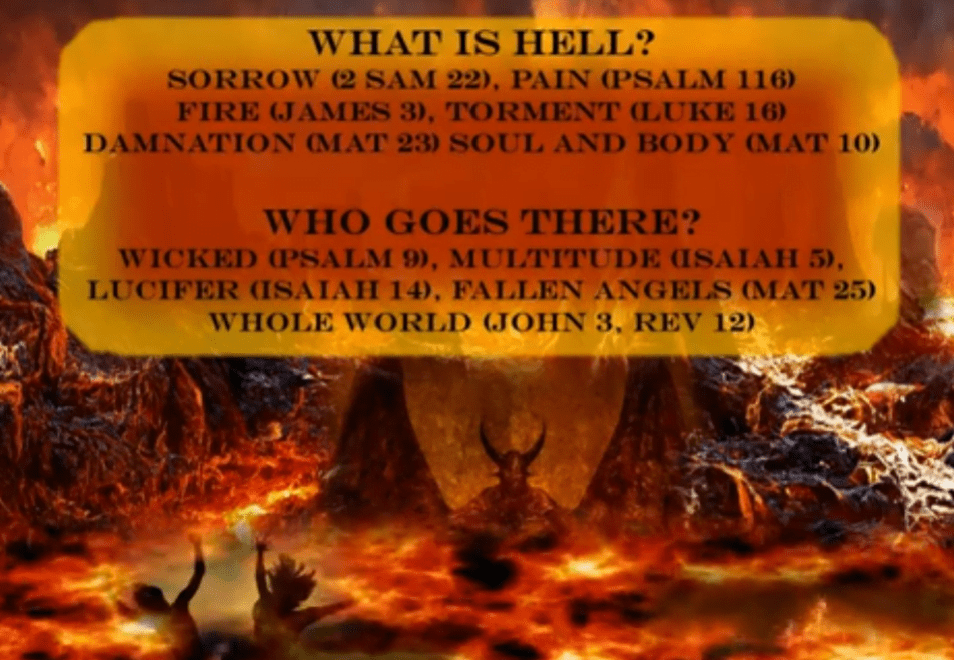