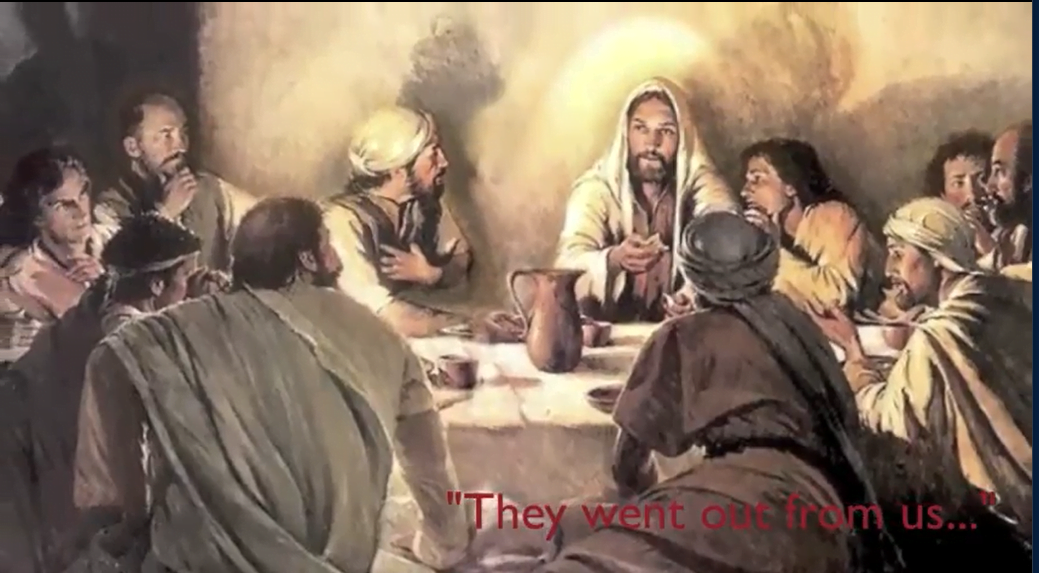 As you search the internet you will find that the historical doctrine of Anti-Christ is exceptionally muddied. It is the centre of many pointless debates, speculations and conspiracy. What if I told you it was a very simple subject?

Here are some key verses you might want to examine.

John is telling readers in the first century that they are living in the LAST TIME and there are already Anti-Christs and more will come. He confirms they are currently with us not in some future dytopian world.

We find that John says they were hatched form within the early church. The church is in the LAST TIME now! Anti-Christs exist today.

1 John 4: 3-4 And euery Spirit that confesseth not that Iesus Christ is come in the flesh, is not of God: and this is that spirit of Antichrist, whereof you haue heard, that it should come, and euen now already is it in the world.

Revelation 19:20 And the beast was taken, & with him the false prophet, that wrought miracles before him, with which he deceiued them that had receiued the marke of the beast, and them that worshipped his image. These both were cast aliue into a lake of fire burning with brimstone.

There is a last Anti-Christ destroyed Jesus at his second coming and it the one popularised today. However Anti-Christ comes of the church.

What does the Anti-Christ mean? A Substitute of Christ. We must look for someone or something that claims to be like Christ or Christ himself.

The man that arises is a political and religious leader and comes from within the church and product of the Roman Empire. So who can qualify for such a position? Clearly just one place in the world can produce such a man? Martin Luther asks if not he and then who?

So why play the game. “Pin the tail on the Anti Christ” ?

23Then if any man shall say vnto you, Loe, heere is Christ, or there: beleeue it not.

24For there shall arise false Christs, and false prophets, and shal shew great signes and wonders: insomuch that (if it were possible,) they shall deceiue the very elect.

2 Thessalonians 2: 3Let no man deceiue you by any meanes, for that day shall not come, except there come a falling away first, and that man of sinne bee reuealed, the sonne of perdition,

The Son of Perdition?

79. The power which the Bishop of Rome now challengeth to be supreme head of the universal Church of Christ, and to be above all emperors, kings, and princes, is a usurped power, contrary to the Scriptures and Word of God, and contrary to the example of the Primitive Church; and therefore is for most just causes taken away and abolished within the King’s Majesty’s realms and dominions.

80. The Bishop of Rome is so far from being the supreme head of the universal Church of Christ, that his works and doctrine do plainly discover him to be that man of sin, foretold in the holy Scriptures, whom the Lord shall consume with the spirit of his mouth, and abolish with the brightness of his coming.

“The Lord Jesus Christ is the head of the church, …. neither can the Pope of Rome, in any sense, be head thereof, but is no other than Antichrist, that man of sin and son of perdition, that exalteth himself in the church against Christ, and all that is called God; whom the Lord shall destroy with the brightness of his coming.”