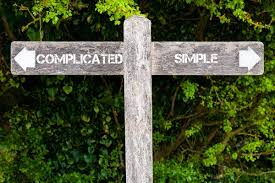 There are so many arguments about the true Bible texts. To be honest I was completely ignorant of these things until I decided to research the original bible text of the 1611. I was reading the King James after listening to a video presentation stating that the only true Word of God was the king James and anything else was from the pit of hell so I decided to look further in to it. This statement had spoken to me and I searched and found an original PDF copy of the 1611 first addition bible. What I noticed after looking closer was it was not the same as my King James Bible that replaced my “satanic” NIV. There were significant differences and the KJV in the main stream was not authorized by King James but “corrected” by a man called Blayney. This seemed very strange. Why was the original text corrected? I assumed that it was spelling, punctuation and words that were considered outdated like Iesus rather than Jesus etc.

At the time I thought it was fair enough because these words were spelt incorrectly, were outdated and the old English was very different to how we speak today however as I dug deeper I realized this was simply not the case. Words themselves were changed so that the consistency of the word of God was broken.  I started to read books from Reginald Blok that explained the finer details of the king James VS 1611 Authorized Version. He compared the text in many places and showed the subtle but significant alterations. Right about that time I also viewed a revolutionary film called A Lamp in the Dark and subsequent titles in the series as well as ordering a Hendrickson 1611 Roman text version of the Authorized bible.

Here is what amazes me about my simple journey of discovery –

I know that is over simplified however so am I which is something I share with most of the original disciples none of which were trained in any formal theological college. I am also reminded that Paul himself had to debrief and untangle himself from academia once he met Jesus and fell off his mount. Perhaps it is time to challenge our indoctrination and face this documented evidence that has been hidden right under our noses for a centuries if not millennia.

This is my short and simple testimony which I might expound more on later. Please review the below video presentation for further information on what lead me to this simple realisation. I think these things do not need to be over complicated as we just do not have time. Lucifer loves us to waste time on these things and mine is running out.(Like all of us)

An update to this original post: I am not one to place much credence on dreams however the bible does state that angels speak to key persons on many occasions. However my measuring stick is the Word of God. So I share this in that context. The dream was in three parts –

Part one – The burning book.

I saw a copy of the original 1611 bible and then pages of modern translations were screwed up, set alight and thrown into the book. These burnt to ashes leaving the pages of bible intact and unaffected. Not one single sign of fire. Still perfectly preserved.

I had given someone a copy of the said bible and wanted to see where it was in their home. However the owner had tried to hide the book under a mountain of garbage which I rummaged through and found it. The task had been easy because I knew it well (apart from all of the other distracting rubbish) and then asked the person why he had done this? Why was he trying to hide Gods Word?

Part three – The protection of the pages

I was being pursued by a very large and fearsome enemy that was bent on destroying me no matter what however I found myself surrounded by pages of the 1611 bible. The enemy could not overcome the truth nor pursue me when I stood behind the pages of truth. I had found the pure word of God and he had no authority over me because it.