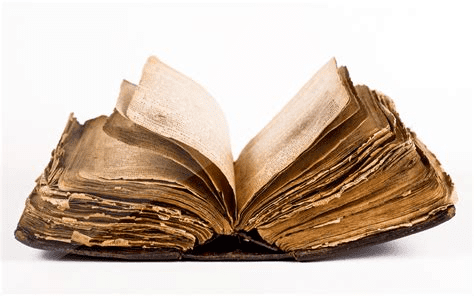 Transcript: Once upon a time, long, long ago, in a faraway land, there existed a Perfect Book, a book written by men whom God chose as agents of His Holy transmission. The book was intended to last forever, that all mankind and all generations would always have the very words of God to guide their beliefs and behaviours. Sadly, over time, this Perfect Book was lost, but not all. Fortunately, other men made copies of the Perfect Book. These men did this of their own accord, not by God’s true inspiration. And the copies they made of the Perfect Book had mistakes and couldn’t be called the Perfect Book. Over the centuries, other men made copies of the copies, adding more mistakes, and eventually the truth was lost, but not completely.

https://youtu.be/JoCqe4AHBxA (Alternate is you experience issues playing the above – source)

And entire libraries filled up with articles, books, and volumes written about the Perfect Book that no one had ever seen or read. Still, that wasn’t enough. The tribes of the land built huge buildings to house these books and began teaching other people from the books housed in the great buildings about the Perfect Book none had ever seen or read. And more scribes and experts rose up in the land and afar, gathering followers unto themselves, teaching their ways and peddling books about the Perfect Book that was lost. And they gave each other medallions, certificates, titles, and honors to commemorate their achievements.

Please visit this store to obtain the book mentioned in the above video.