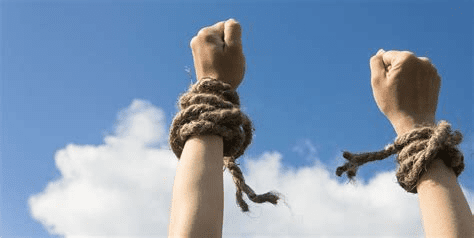 Transcript: God permits and tolerates certain things, but that does not mean he establishes them or ordains them. For example, God did not ordain multiple wives. He permitted him from Genesis to Revelation. Scripture teaches one man, one woman. That was always God’s law. Neither did God ordain divorce. He permitted it because of the hardness of the Jews hearts. God did not ordain sin, but he permits it. Similarly, God did not establish or ordain the New World Order. Early in Genesis, when the people gathered on the Plains of Cheyyar to build Babel, a unified One World order, God forbade it, confused the language and dispersed them. Later he established Israel as a theocracy under God, not a kingdom under a single man. Israel rebelled and demanded a king. Like the nation’s surrounding, God gave Israel a king, though it was not his initial intention. First, Samuel, chapter eight, verses four nine describes that event.

Then all the Elders of Israel gathered themselues together, and came to Samuel vnto Ramah,

5 And said vnto him, Behold, thou art olde, and thy sonnes walke not in thy wayes: now make vs a King to iudge vs, like all the nations.

6 ¶ But the thing displeased Samuel, when they said, Giue vs a King to iudge vs: and Samuel prayed vnto the Lord.

7 And the Lord said vnto Samuel, Hearken vnto the voyce of the people in all that they say vnto thee: for they haue not reiected thee, but they haue reiected mee, that I should not reigne ouer them.

Thus we find early in the Bible two offices of God’s will, his intended will, and his active will. God did not intend that Israel should have a king, yet God gave them a king. He says to Samuel, they have not rejected thee, but they have rejected me.

Similarly, it was not God’s intention that Israel reject Him. There can be no doubt that God, in his omniscient nature, always knew this would happen, yet he permitted it rather than ordained it. Similarly, the New World Order Saussy speaks of is neither established nor ordained by God, but permitted. It will not last, as it is not God’s intended will for the world. That which God truly establishes lasts, and that which he merely permits will pass. This, of course, raises questions about Romans 13, verses one through 14.

1 Let euery soule bee subiect vnto the higher powers: For there is no power but of God. The powers that be, are ordeined of God.

2 Whosoeuer therefore resisteth the power, resisteth the ordinance of God: and they that resist, shall receiue to themselues damnation.

3 For rulers are not a terrour to good works, but to the euill. Wilt thou then not bee afraide of the power? doe that which is good, and thou shalt haue praise of the same.

5 Wherfore ye must needs be subiect, not onely for wrath, but also for conscience sake.

6 For, for this cause pay you tribute also: for they are Gods ministers, attending continually vpon this very thing.

7 Render therfore to all their dues, tribute to whom tribute is due, custome to whome custome, feare to whome feare, honour to whom honour.

8 Owe no man any thing, but to loue one another: for hee that loueth another hath fulfilled the Law.

10 Loue worketh no ill to his neighbour, therefore loue is the fulfilling of the Law.

11 And that, knowing the time, that now it is high time to awake out of sleepe: for now is our saluation neerer then when we beleeued.

12 The night is farre spent, the day is at hand: let vs therefore cast off the workes of darkenesse, and let vs put on the armour of light.

13 Let vs walke honestly as in the day, not in rioting and drunkennesse, not in chambring and wantonnes, not in strife and enuying.

14 But put yee on the Lord Iesus Christ, and make not prouision for the flesh, to fulfill the lusts thereof.

These verses have been hotly debated, yet few deny that there have been and exist corrupt and evil governments. And when they decree evil, they should be disobeyed. We find numerous instances of this in the Bible. For example, Daniel refused to obey Nebuchadnezzar’s decree to worship an idol. For that he was cast into a den of lions. When the Egyptian Midwives prior to the Exodus were commanded to kill all Hebrew male babies, some refused and rehab disobeyed the law when she hid the Hebrew spies. And the early Church refused to become legalized under the authority of Caesar. Instead, they became fugitives. In Revelation, chapter 13, the beast decrees all should receive a mark. The penalty of not complying is decapitation. And God says obedience to that law of Antichrist will send you straight to hell. No reprieve.

Thus Paul provides a context for obedience to governments and rulers, God ordains them, insofar as they are righteous in their rulings. Paul tells Christians to seek no vengeance, to live peaceably with neighbours, not rioting or carrying on in drunkenness and strife, don’t steal, pay the taxes that you owe, don’t kill, don’t covet, don’t commit adultery, and love thy neighbour as thyself. This is the context of rulership and laws that are ordained by God, in contrast to the rulership that God ordains. Upon examination of Saussy’s New World order, we find a form of government responsible for all manner of atrocities, oppression and violations of God’s true laws. The very Jesuit order that has worked diligently to bring the USA under the thumb of Rome’s. One world rule also engages in all manner of wickedness to accomplish its goals.

The Bible teaches that an all-powerful end time king will attempt to change times and laws and impose wicked laws upon his subjects. Already we see the legalization of some of the worst forms of evil in the USA. Abortion, pornography, sodomy and same sex marriages are examples. And it is fast becoming illegal to speak against such things, lest one be accused, tried and convicted of so called hate speech crimes. This is not the God ordained government Paul speaks of. Rather, it is a form of government to be disobeyed and opposed. Historically, the one world papal kingdom is responsible for fermenting wars and civil unrest. It is not the rule of good, but of evil. How can anyone say that the Roman Catholic Church during the Dark Ages was anything but a terror to good, a worker of evil? Was it not the opposite of the type of government Paul describes in Romans chapter 13? Could Paul possibly be endorsing, blind obedience to a despotic tyrant bent on the enslavement of all mankind? I don’t think so. Surely Paul is talking about obedience to a God-fearing and lawful government, and that by walking circumspectly as Christians ought, by obeying Christ and being conformed to his image, we will also be compliant with the righteous laws of the land. In such there is no rebellion or necessity for such.

Can any government claim to be lawful when it bows to an alien power in clear disobedience of its founding documents, declarations and constitution? Can that be the government spoken of in Romans, chapter 13? I think not. If Tupper Saussy is right about who and what really rules the United States of America, and if that who and what are the Jesuits and the Vatican, as he says, how then should one obey that which is not a visible and legal government? In fact, it is no government at all, but a tyrannical, mechanical monster manipulating a puppet called the United States Government. Is this what Paul is telling American Christians to submit to? Surely a government ordained and established by God is a legal government and not a hidden foreign government or manipulator of other governments.

Thus Saussy’s New World Order, or One World Government, as it is often called, is a quasigovernmental organization that manages other governments through deception and subterfuge. It is an artificially constructed ruling body, not a national body emerging from the people and nation. This type of governmental entity has no nationalistic sentiment. Rather, it is comprised of tyrants with their allegiance placed in the ultimate tyrant the King of the world, the Pope. This consortium of despots answers not to a nation of people or even to God, but to the one who claims to represent God on earth. That is where their sentiments and allegiances lay. Even the most despotic of emperors from Nimrod onward were strongly nationalistic the Sumerians, the Egyptians, the Babylonians, the Mesopotamians, the Greeks, and even Rome under the Caesars. The Papist New World Order has no need for a permanent home within its globalism antinationalism by any other name. Rather, it follows a man, the Antichrist, who will one day establish himself in Jerusalem, most likely where he will meet his end with certainty. It can be said that God dispersed the people of the earth at the Tower of Babel.

He gave them different languages and caused them to assemble themselves into common groups which became nations occupying certain geographical regions. That God established and ordained nationalism is evident in the biblical account of Babel found in Genesis eleven, verse nine, and earlier supported when God commanded the first descendants of Noah to spread out across the earth, a commandment they ignored in favour of attempting to establish a one World kingdom. At Babel, under the rule of one man. Nimrod nationalism was God’s temporary insurance policy against a one world order. It ensured that communication barriers, regional boundaries, cultural diversity and national pride would inhibit the ability of one man and one dynasty to dominate the entire planet. Despite this, God reveals in the Bible that he will eventually permit the fourth and final Antichrist king and his kingdom to subdue the entire planet. Can anyone honestly say that this final ruler is ordained and established by God? Hardly. He is the rebellious spiritual descendant of Nimrod, though by means of the last kingdom, God allows him to achieve a margin of success, and the people of God will fear him and disobey him.

Because of that, many will be executed. Revelation, chapter 13, verse seven, says, and it was given unto him to make war with the saints and overcome them, and power was given to him over all kindreds and tongues and nations. Similarly, Daniel 7:21, declares,

I beheld, and the same horne made warre with the Saints, and preuailed against them;

And Revelation two, verse four, confirms that God’s true people will not obey the king of the fourth kingdom. And I saw the souls of them that were beheaded for the witness of Jesus and for the word of God, and which had not worshiped the beast, neither his image, neither had received his mark upon their foreheads or in their hands. And they lived and reigned with Christ a thousand years. Again, this cannot be the kind of kingdom and government that Paul says Christians are to submit to. A government that beheads Christians cannot be established and ordained by God. Nor can it be said that it is a force for good. How can it be? The souls in Revelation, chapter 20 were killed by Antichrist for refusing to obey his laws of worship and marking. Were they disobedient to God ordained laws that Antichrist was attempting to enforce? Hardly. Their unwavering obedience to God required disobedience to this wicked fourth kingdom king and government. Conversely, all who fully obey the dictates of the fourth kingdom are eternally damned.