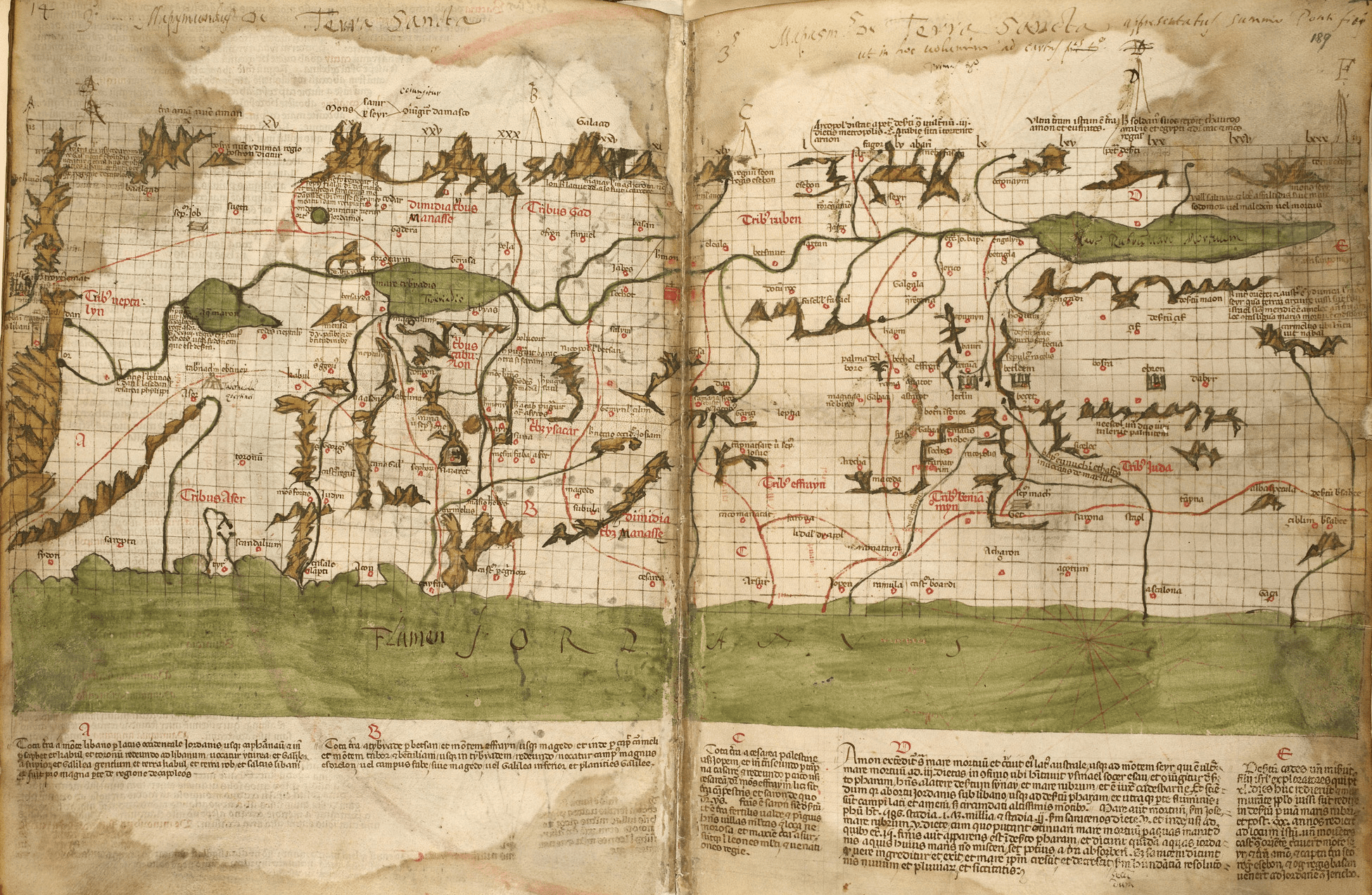 We had a very interesting question. They seemed to take exception to some of the things that we were teaching or saying regarding who are God people. I’ve addressed this at various times and people have approached me with this particular argument. And Colossians, chapter three, I believe verse eleven, Paul makes it very clear that we get our identity from Christ, not by any kind of racial discrimination. I thought maybe we could just quickly address that question. Who are the Israelites? Who are the real people of God? And this is not a new subject and there are many branches and many divisions within that camp. And this person maintaining that the African Americans are in fact the true Israelites. And I think you and I have been accused of worshiping one of the Borges that is apparently our Jesus Christ. And so I think I have characterized that fairly accurately without going into detail. When I’ve dealt with this in the past, John, I’ve turned people to Colossians, chapter three, verse eleven,

Where there is neither Greeke, nor Iew, circumcision, nor vncircumcision, Barbarian, Scythian, bond, nor free: but Christ is all, and in all.

And I believe Paul was addressing that problem to the Colossians. And the verse is really fascinating because he says neither Greek nor Jew and essentially the Jewish world thought in terms of everybody who wasn’t Jewish was a Greek, and they kind of put everybody under that umbrella. But then Paul takes it further and he says circumcision nor uncircumcision. So not only does he say it has nothing to do with whether you’re a Jew or a Gentile, it has nothing to do with any kind of a physical change or attribute that being circumcision or uncircumcision. And then he goes into Barbarian Scythian. Bond nor free.

They were considered the lowest of the low, neither bond nor free, that is neither slave nor free person. He is covering all the bases and he’s saying none of those things are our identity in Jesus Christ. Jesus Christ alone is our identity.And I think that verse is so simple and clear on that level, I don’t know how anybody can miss that. And so that would be my response to that question. John, what would yours be? The comments that came from our last video, which is who controls the world? Was from Melinda and she likes the channel and she says it’s informative, but she did make a comment about the Negroes being the tribe of Judah and the rest of true Israel and Africa and scattered. And she references the curse of Deuteronomy in chapter 28, fits one people. And she did mention something about the white Caesar Borgia is who you worship as Jesus. And I appreciate the comment because I want people that listen to us Reg to feel free to share information. I don’t know that she cited any particular scriptures to defend her position, but Nevertheless, I quoted, as we discussed a number of verses of Scripture, and I will read them in Romans 2:28,

28For hee is not a Iew, which is one outwardly, neither is that Circumcision, which is outward in the flesh:

So God is saying that, look, it’s not really about outward appearance or race or anything like that. He’s saying, but he is a Jew which is one inwardly and circumcision is that of the heart in the Spirit and not in the letter whose praises not of men but of God. So that’s one verse of Scripture that kind of supports what you were just saying. And that is when you become grafted into the Covenant of Abraham, you become a Christian, you’re a spiritual Jew. And it talks about this in the Bible. God uses the word spiritual Jew and that’s what matters. Have you been born again? Because it doesn’t matter what ethnicity you are or what gender you are. There’s so many Scriptures that say, like in Galatians, chapter three, verse 28

And I can go on and on and on. In Romans, chapter ten, verse twelve, it says,

For there is no difference betweene the Iew and the Greeke: for the same Lord ouer all, is rich vnto all, that call vpon him.

And I think this is important because I’m going to comment on what I was taught when I was growing up as a Roman Catholic in just a minute here, if people that are listening go to Romans, chapter two, verse 29, it says,

But he is a Iew which is one inwardly, and Circumcision is, that of the heart, in the spirit, and not in the letter, whose praise is not of men, but of God.

So that’s yet another verse of Scripture that we’re talking about here, and John, chapter six, verse 63.

It is the Spirit that quickeneth, the flesh profiteth nothing: the wordes that I speake vnto you, they are Spirit, and they are life.

Your flesh profits nothing. You can do no good. I can do no good in the flesh. It is the word of God that quickens us. We are cleaned by the words that Jesus spoke. And if we’re born again because we truly believe on Jesus Christ, then we can get drafted in the Covenant of Abraham. I think the point that Paul is making to the Colossian Church is that race, colour of skin, free bond, all of these things are not relevant in Christ because Christ is our identity. And when he says neither Greek nor Jew and indeed within the Jewish population there were black people. And we know that, for example, Philip when he encountered the Ethiopian eunuch on the road, that indeed the Ethiopian was a black person on his way back to Ethiopia, and he was grafted into the body of Christ.

He was baptised into the body of Christ. But I think it’s really important that our listeners know that within the body of Christ, within the saved, born again body of Christ, indwelled by the Holy Ghost, there is no room for racial division. There is no acceptable form of racism. And that’s what Paul is trying to tell the Colossians that racial lines disappear in Christ. And so I would encourage folks that are leaning toward Melinda’s view to really carefully study the scripture. Get your doctrine from the pure, preserved word of God. And where the words of God are Crystal clear, that is your point of embarkation.

That is to say, any verses that are unclear need to be interpreted through the clear verses. And that’s something that we’re going to deal with next time around. What I’ve noticed on this topic of racial Israel, most often people get their doctrine from various historical attitudes about how the tribes got dispersed out into the world and all of these things that do not get the substance from the Scripture. But you have to dig through all kinds of writings that may or may not be true, but they’re extra biblical. And the only way you can come to some kind of a conclusion such as Melinda has come to is if you look outside of the scripture, because, John, the scripture is clear as a Bell, we get our identity from Christ, period. Yes.

And I’d like to share with you something Reg. I was reading my Bible. I believe it was yesterday, and I was reading out of Revelation, chapter seven, and I read in verse nine, starting with verse nine.

9After this I beheld, and lo, a great multitude, which no man could nūber, of all nations, and kindreds, and people, & tongues, stood before the throne, & before the Lamb, clothed with white robes, and palmes in their hands:

10And cryed with a loude voice, saying, Saluation to our God, which sitteth vpon the Throne, and vnto the Lambe.

And that kind of reaffirmed to me that God is talking about a number of people from different nations and kindred, which could be inferred a little bit, maybe different races or something, and people and tongues. So there’s a diversity there. But they all had one thing in common. They were all saved by Grace through faith. They were born again of the Spirit. They had oil in their lamps. They believed on the Lord Jesus Christ. That’s the one thing that they all had in common. And they were Jews, not outwardly but inwardly, as we’ve been talking about, that’s what matters. Everybody listening knows there’s good and bad types of people.

There’s believers and non-believers in all different cross sections of society. You find all different types of people. And sometimes the people that are the most zealous believers are the ones that you would least expect in terms of their outward appearance. So we can’t judge by appearance. We have to judge righteous judgement. And righteous judgement is according to the word of God, which summaries our whole discussion today. And that is, have you been born again? That’s all that matters to Jesus. You must be born again or you’re not going to enter into the Kingdom of heaven. Amen to that. And here’s one last little thing that I would have to say. As soon as we start playing with the racial issue, we’re forced to look at racial purity.

And I remember a fellow did a study on this very subject and he decided to have all these genetic studies done on himself to see if he was racially pure. This guy was as white and pale as a bed-sheet. Yet when all of this was done, it turned out that he had 20% of a black gene in him, yet he didn’t show it. And he had some Jewish genes in him. Yet if you looked at him, you would say, well, this guy is racially pure white. And he did this to prove the point. We then have to ask the question of somebody who says the black race is the chosen race or the white race is the chosen race. If we want to make those types of distinctions, then we need to have a little bit of a genetic profile done to find out if we are indeed pure.

And most people will find out that they’re not. So now that you’ve found out that you’re not racially pure, what’s the level of tolerance? 1-2-3. How impure can you be before you’re no longer Israel? It doesn’t even make scientific sense. It doesn’t make scriptural sense. The Peoples of the Earth have been so intermingled, it is almost impossible to say anybody has racial purity. And I think God did this so that none of us can boast in that way. We have to boast in Jesus Christ. As you said, he cares only are you saved? Are you saved by faith in him? Do you have the pure, preserved word of God? You have oil in your lamp. Are you indwelled by the Holy spirit? If so, you are in Jesus Christ. Period. Amen. So, John, why don’t we leave it at that? I know you’ve got some things you have to do. Pressing perfect Reg. Thank you. I appreciate it. And I look forward to talking with you then. No worries. Bless you, John.