Pentecostalism A most fascinating paper titled, Studies in the Spirituality of Jesuits, The Pentecostal Thing and Jesuits, by Jesuit John C. Huaghey was published in 1973 by the American Assistancy Seminar on Jesuit Spirituality. It was written “especially for American Jesuits working out the aggiornamento in the spirit of Vatican Council II.” In it, forty Charismatic Jesuits were asked questions about Jesuitism and its relationship to Pentecostalism and the Charismatic movement. It is of particular interest that the paper was written with ecumenism311 in mind, and most Jesuits interviewed felt Pentecostalism was consistent with the Spiritual Exercises of Ignatius Loyola, founder of the Society of Jesus (Jesuits). The writer, John Huaghey confirmed that Ignatian spirituality and the Jesuits “assign greater importance to charismatic activity than to autogenic.” Essentially meaning that mystical experience takes precedence over disciplining the flesh. In effect, some Jesuits participating in Huaghey’s studies deemed Pentecostalism a high form of Jesuit spirituality – the ultimate spiritual or mystical state attainable through Loyola’s Spiritual Exercises.

One participant commenting on the Pentecostal experience said, “they compare favorably with the gift Ignatius has us pray for in the Spiritual Exercises: tears.” Another said, “I find in these Pentecostal communities of prayer and praise the same dynamism that I’m sure gave Ignatius and his companions the desire to begin the Society of Jesus.” And, another, “It wasn’t until after the baptism that I became a true Jesuit in that I now move unrestrictedly under the inspiration of the Holy spirit just as Ignatius did and had his companions do.” “I felt a completion and mutuality between the Spiritual Exercises I’ve made and the Pentecostal thing.” Or: “As I see it, the Exercises are built on the movements of the Holy Spirit in the soul and that’s all the charismatic movement is all about.”

“It’s a shame it’s even called a movement since it is merely renewal through the Holy Spirit’s activity; it’s just a small part of the much larger Spirit-initiated renewal going on throughout the entire Church as well as other religions throughout the whole world.”

Documents like Studies in the Spirituality of Jesuits, The Pentecostal Thing and Jesuits, lead one to think that the charisma was viewed by the Vatican as a beneficial tool consistent not only with Jesuitism but also with Vatican II, which was written primarily to rebrand Roman Catholicism and instruct priests and laity in the methods of ecumenism – ways to bridge the gap between Catholicism and Protestantism and bring the separated brethren back to Mother Church by establishing common ground. Taking this idea one step farther, is it possible that the Charismatic-Pentecostal movement was cultivated by the Roman Catholic Church and first exported to Protestantism by Jesuits adept at Loyola’s Spiritual Exercises? And, is it mere coincidence that early 20th century Protestants began drifting away from the infallible authority of the King James Bible, and that trend coincided with the emergence of the Charismatic movement – a movement extolling personal experience and private revelation over the written word of God? Is not the charisma friendly to the idea of papal infallibility and the Catholic magisterium, both claiming authority based on personal revelation outside the pages of scripture? How could Pentecostals and Charismatics claim to receive messages directly from God apart from the Bible, but deny popery the same latitude? Are not all revelations from God infallible? Surely it is no accident that Vatican II and ecumenism are well served by the Charismatic movement, and that Jesuits and agents thereof, if not the authors of the movement, certainly recognized it as an opportune excuse to blend in and encourage fellowship between superficially antithetical parties?

Still, it is a mistake to think that Roman Catholicism and Jesuits are responsible for every initiative that seeks to destroy Protestantism; rather, it is safer to say they are authors of many, and capitalizers of all. Thus, in the case of ecumenists like Westcott and Hort, though one cannot call them Charismatics, they are closer to Rome, Loyola and the Charismatic movement than to scripture; and, in being that, they have provided a necessary intellectual bridge from biblically based scholarship and intellectualism to personal experience and spiritual enlightenment through feelings and disciplines commensurate with Jesuitism. Thus, leading the flock away from the infallible authority of scripture and replacing it with scientism and scholarly intuitions, men like Ribera, Bellermine, Lacunza, Irving, Darby, Scofield, Newman, Westcott and Hort narrowed the chasm between objective truth and subjectivity; they opened the door to new spiritual adventures – such as the emergence of the charisma. Conversely, under the strict auspices of the infallible authority of the King James Bible, subjective personal experiences and private revelations held no sway when they contradicted the Bible; rather, they were firmly rejected. But now, with the King James Bible out of the way for the most part, and the charisma taking its place, the Vatican had successfully broken Protestantism’s anchor chain.

The ship was finally adrift and waiting to be piloted through the portals of Mother Church. 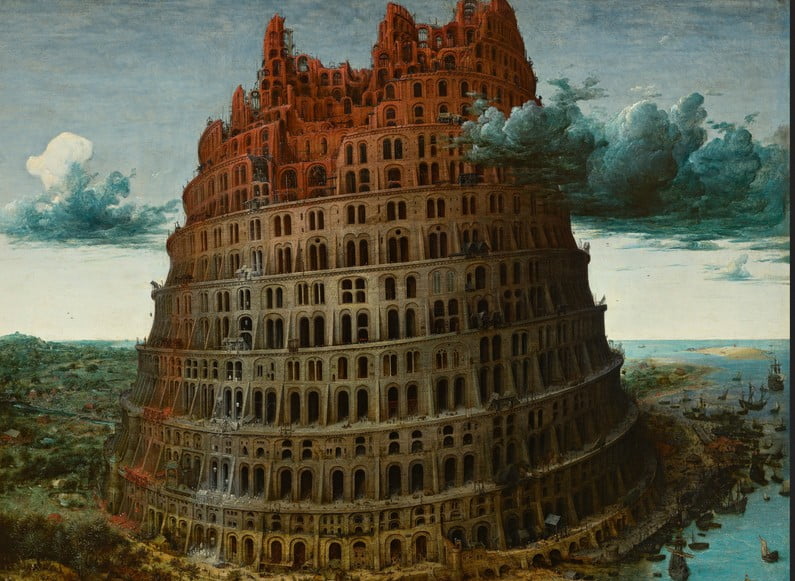